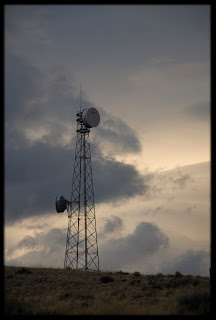 I’m disappointed to hear that Wyoming Public Media has dropped On Point for a second installment of the BBC because by the time On Point hits the airwaves its “content is rendered obsolete.” Seriously… That’s your rationale?!

I’ve never listened to On Point and thought to myself, “Wow, what they’re talking about there is totally obsolete now.” I’d rather have a bit of slightly dated in-depth discussion than more redundant, late-breaking news—which can be too new and often inaccurate itself. And, for the record, I’m OK with hearing news from the BBC, that’s valuable to me as well, but not twice a day. I suppose no one ever considered simply switching the two program slots? I will also argue that given how easy it is to find the BBC news in so many public radio offerings (not to mention satellite radio), it’s not as if you’re bringing something really unique to your Wyoming listeners, and I’m sure On Point isn’t nearly as ubiquitous as BBC broadcasts.

Between the all-too-often dead-air SNAFUs common with Wyoming Public Media at any given time and now the dropping of On Point, I make no promises about my continued support come the spring fund-raising campaign.

Have they picked up On The Media, yet? It's an excellent show, and introduces even the blue red-state listeners to a wider world of media outlets -- not to mention controversies.