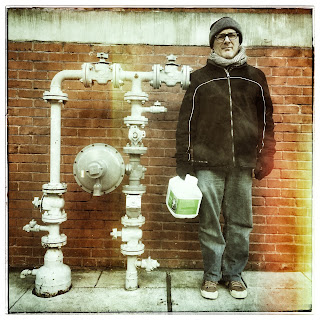 It’s no secret that I’ve been looking for other work, in other places. It’s not that I’m unhappy in my current teaching job, but the climate of low enrollments along with the recent cutting of programs and personnel makes it more treacherous than past years. Although I’m am tenured, I’ve never considered tenure an absolute lock on any given job.

So, in the last two years, I’ve been looking a little harder than usual. Mostly looking for jobs beyond the classroom, but not necessarily outside of education. As I see it, I’m probably in the last ten-to-fifteen years of my working life and this is a chance to do possibly one more thing that is a departure from the last twenty-five years.

Admittedly, I don’t look forward to the physical act of relocating. There’s a part of my history where I’ve paid my dues when it comes to moving—not to mention the assistance I’ve provided for others to do the same in my adult years. As a result, if I never succeed in finding a new gig, I’ll still be happy where I am and in the same job. I could do much worse.

In searching and applying for new employment, a few colleagues and friends have warned me about my social media activity. “You better clean up that Facebook page before you put yourself out there,” is a common suggestion. And, I understand how that—as a general rule—is good advice. God knows I have a blog that has more than its share of political monologues, along with Twitter and Facebook posts that are critical of almost anything. So, it comes as surprising to no one that I have kicked my share of anthills.

Yet, as I consider this advice, it is counter productive to who I am. I’ve often asked myself, “Do I really want to work for someone or some entity that finds my critical (albeit blunt and direct) commentaries intimidating or distasteful? Do I want to work for someone who thinks I might ask tough questions on the job, step on someone’s toes, and/or be confrontational at times?”


Well, my answer isn’t just “no,” but “hell no!” If a potential employer is so timid, so thinned-skinned, so pollyanna-esque when it comes to my character and my willingness to call out someone or some policy to be defended or explained, I don’t need them—and they certainly don’t need me. What they need in another “yes person,” and that ain’t me, folks.

Email ThisBlogThis!Share to TwitterShare to FacebookShare to Pinterest
Labels: be true to yourself, don't hire me, employment, hire me, hiring, honesty, job search, just lookin', self-identity